The Irish IPA National Executive Committee from 2022 to 2025. 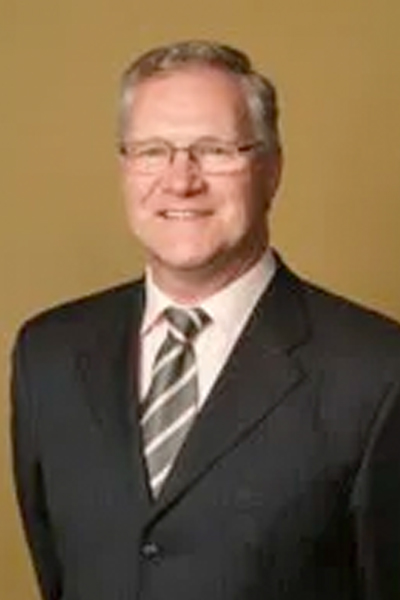 Conor was elected as President on the 21st April 2018 at National Congress, Donegal. In 2006 was elected to the position of Secretary General and oversaw major IPA Infrastructural changes expanding the Regional Base to match each Garda Division.

Conor is a native of Waterford City and joined An Garda Siochana in November 1974. After training he was posted to Cabinteely, Dublin then to Union Quay Cork City and in 1980 to Kilkenny City. In 1990 promoted Sergeant and served in Thomastown until 1995 when he returned to Kilkenny taking on the role of Sergeant In Charge until promotion to Inspector in 1999. Conor joined the management of Student/Probationer Training at Garda College.

Conor was introduced to IPA very early in his career by his Section Sergeant, Former President of IPA, John Hickson. In 2000 Conor took on the role of Chair of the College Branch which was then in the old Region 4. In 2000 the College was designated a Region and Conor served as Chair of the Region up to when he was elected Secretary General. Conor retired in 2007 and changed careers to teaching in Further Education where he is still attached to Ormonde College of Further Education, Kilkenny.

Conor is married to Catherine, living in Kilkenny since 1980 and has four children Ronan , Niall, Niamh and Adrian. He presently has four Grandchildren, Kate, Charlie, Ruth and Max and another due in September. 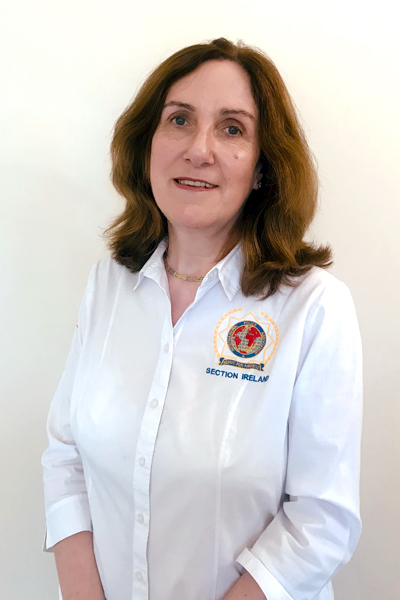 Marie Daly is the first vice President of International Police Association (IPA), Section Ireland. Marie has been a member of IPA since she joined An Garda Siochana. She was instrumental in reviving IPA in the Garda College, Templemore on her transfer there and having the Garda College recognised as a separation region.

As 1st Vice President, Marie is the Chair of the Cultural Commission and the Editorial Board. She is on the Board of Trustees for Gimborn and member of the International Professional Commission with responsibility for the Arthur Troop Scholarship.

Marie is passionate about the importance of IPA in the professional, cultural, and social lives of members of IPA. She strongly encourages serving, retired and reserve members of An Garda Siochana to join IPA. The ‘service through friendship’ ethos of IPA serves members well in the good times and not so good times due to the huge international family network.

Marie lives in Templemore with her husband Michael. They have two children Grainne and Conor. 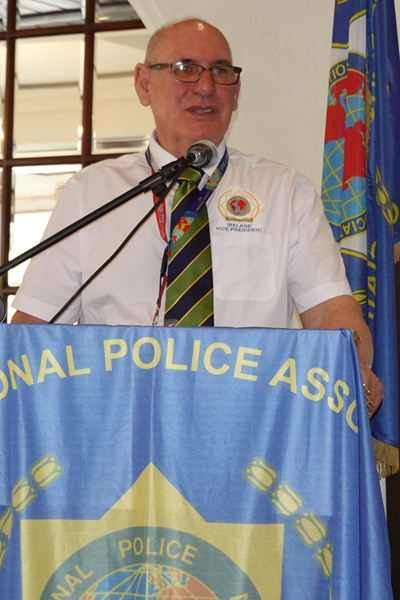 Declan has organised many trips and events nationally and internationally in his role of Travel Secretary / Officer.

He has also represented IPA Ireland at many events and functions at home and abroad. 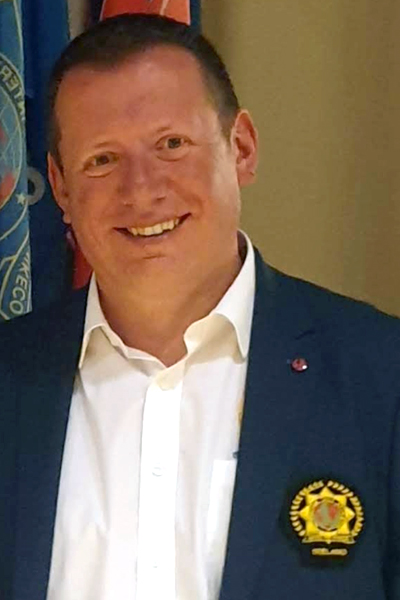 A member of the IPA since 1994, Carlo had previously served as an Internal Auditor of Section Ireland for 3 years (2015 – 2018), having been elected to that position at National Congress 2015 in Athlone. He also holds the position of Secretary of the Sliabh Bloom Region (No. 10) encompassing Laois and Offaly.

Carlo is a serving member An Garda Síochána and is currently attached to Birr Garda Station, Co. Offaly. He has 27 years of service in An Garda Síochána and has served in Harcourt Terrace – Dublin, Garda HQ, Garda College and for the last 13 years has been a Sergeant in the Laois/Offaly Division serving in Portlaoise, Edenderry and Birr.

Carlo is originally from the Treaty City of Limerick and is a very proud Munster Man living in the heart of Leinster. His home is now in Offaly where he is married to Claire and has 3 Children. 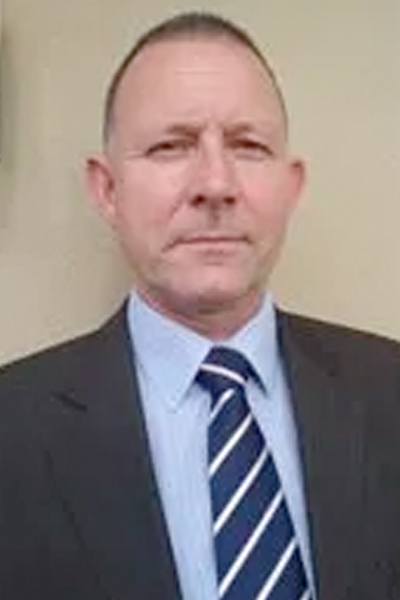 At the 2015 National Congress in Athlone, Damian Crummey was elected to the NEC with responsibility for the portfolio of National Treasurer. Damian is a long time member of the IPA, and was very much involved with the IPA Garda Motorcycle Club (IPAGMC) for many years, taking part in many IPAGMC events. Damian has also been involved in local management of IPA and is the Regional Secretary of the Tara na Rí Region (Region No. 11 – Meath) 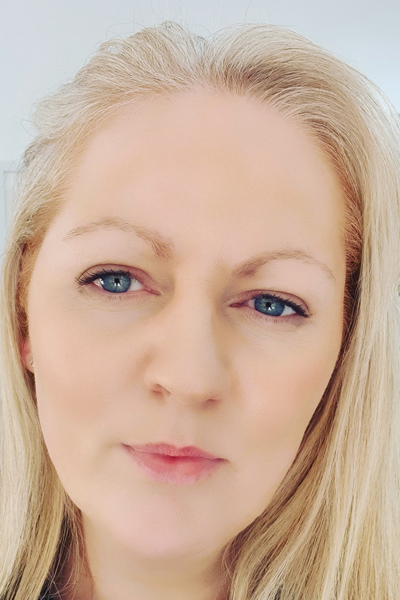 Joyce O’ Grady is a serving member stationed in Athlone in Westmeath – Region 12. She currently holds the position of Assistant Secretary General with responsibility for Youth & Junior members on the National Executive Committee. She was co – opted to this position in 2020 and was elected to the position at National Council in April 2022.

In the coming term she will continue her work with an eye to expansion of Professional programmes and Education and is very much looking forward to raising the profile of the members who she serves. 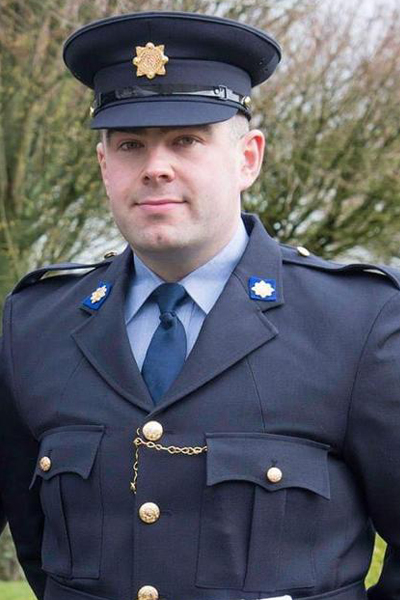 David is a serving member stationed in Gurranabraher in Cork City Region 19. David was elected to the National Executive Committee in 2022 as Assistant Treasurer with responsibility for Supplies. David has a great interest in collecting a number of emergency service challenge coins from across the world. 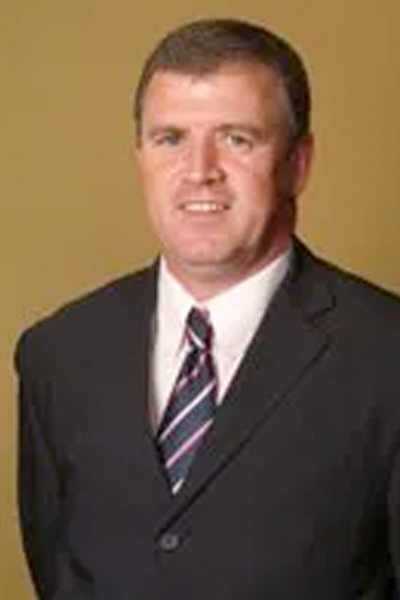 Donal Sweeney was elected to the newly designated Portfolio of Social and Clubs Officer at the 2015 National Congress in Athlone. This portfolio includes all of the responsibilities that Donal had as the office holder of the Social Secretary portfolio with the added responsibility for IPA Clubs and IPA Hobbies.

Chris has been a member of IPA since entering the Garda College in 2006 where he got involved with the Garda College Regional Committee. Only moving a short distance to be stationed in Thurles, he was co-opted onto the Tipperary Regional Committee as Secretary in 2015 and holds the position to date. Chris was elected to the position of Internal Auditor at National Congress 2018 held in Letterkenny, Donegal. At National Congress 2022 in Knightsbrook, Trim, Co Meath, Chris was elected to the NEC portfolio of National Accommodation Officer.

Chris gained an insight into the Accommodation Portfolio during his tenure as Internal Auditor and is committed to building on the great work of his predecessors, together with the House Managers to ensuring the IPA Section Ireland Accommodation continues to meet the expectations of members and visitors alike throughout his term. 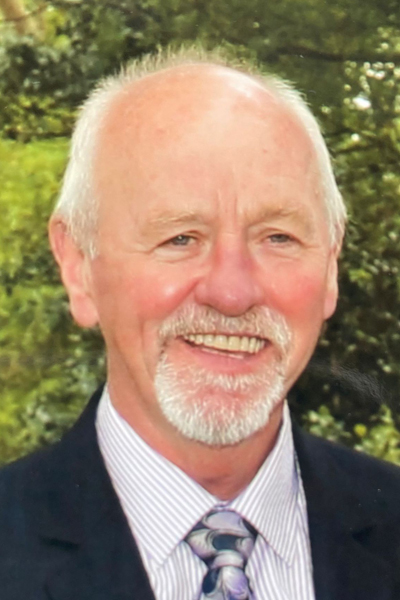 The principal function of the NDS/NES are: 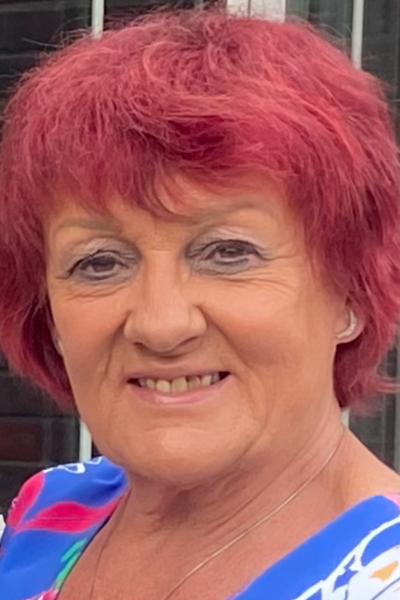 Ann was first elected to the N.E.C. in 2009 and has since served 9 years as Assistant Secretary General/Youth & Junior Members. In 2018, at National Congress in Letterkenny, Ann was elected to the position of Travel Officer. Ann has been actively involved in I.P.A. since 1981 and is currently Travel Officer of the Cork North Region, which covers the Cobh, Midleton, Mallow and Fermoy Districts.

To quote Ann, ”I have a personal interest in travel and will endeavour to organise affordable and attractive trips to encourage and entice members of all ages to join and participate in such trips. I also look forward to the new challenge and I commit to giving assistance, encouragement and advise to any Region wishing to organise a Travel Event”.

The National Travel Secretary oversees the licensing and management of IPA Travel in this Section and is a member of the National Social Commission of IPA Ireland. The National Travel Secretary organises Group Tours for the IPA members of this Section to International IPA events in destinations all over the world. These Tours are well supported and member are rewarded with an opportunity of meeting IPA members from around the world while enjoying a first class holiday in a foreign land.

Contacts made by our members who participate in these travel events often build into long lasting friendships, resulting in exchange visits and ongoing contact at home and abroad. If you have never experienced one of the IPA organised travel events, why not talk to the IPA Travel Secretary about getting involved or contact the IPA Office for further information. 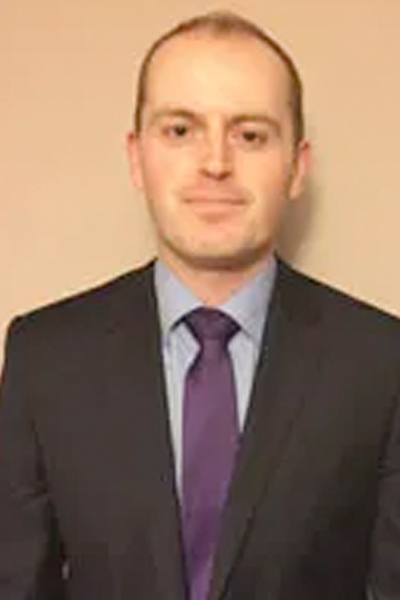 Chris Cahill, an IPA member for 20 years was co-opted onto the National Executive Committee of IPA Section Ireland in January 2016, as Accommodation Officer. He was elected Editor & Communications Officer at National Congress in 2022.

Chris is a serving member of An Garda Síochána, stationed in the Southern Region and looks forward to the opportunity to communicate the good work and IPA activity around the Country through the IPA Journal, our new website and other communication channels.

Have a question? Call us today

Page load link
We use cookies on our website to give you the most relevant experience by remembering your preferences and repeat visits. By clicking “Accept”, you consent to the use of ALL the cookies. However you may visit Cookie Settings to provide a controlled consent.
Cookie settingsACCEPT
Manage consent

This website uses cookies to improve your experience while you navigate through the website. Out of these cookies, the cookies that are categorized as necessary are stored on your browser as they are essential for the working of basic functionalities of the website. We also use third-party cookies that help us analyze and understand how you use this website. These cookies will be stored in your browser only with your consent. You also have the option to opt-out of these cookies. But opting out of some of these cookies may have an effect on your browsing experience.
Necessary Always Enabled
Necessary cookies are absolutely essential for the website to function properly. These cookies ensure basic functionalities and security features of the website, anonymously.
Functional
Functional cookies help to perform certain functionalities like sharing the content of the website on social media platforms, collect feedbacks, and other third-party features.
Performance
Performance cookies are used to understand and analyze the key performance indexes of the website which helps in delivering a better user experience for the visitors.
Analytics
Analytical cookies are used to understand how visitors interact with the website. These cookies help provide information on metrics the number of visitors, bounce rate, traffic source, etc.
Advertisement
Advertisement cookies are used to provide visitors with relevant ads and marketing campaigns. These cookies track visitors across websites and collect information to provide customized ads.
Others
Other uncategorized cookies are those that are being analyzed and have not been classified into a category as yet.
Save & Accept
Powered by